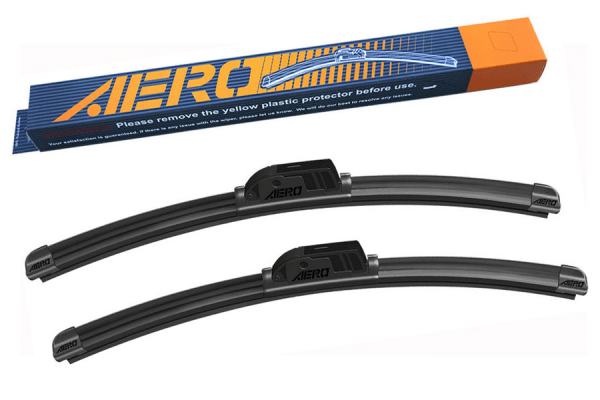 Even though it’s comparatively a much smaller operation than, say, Bosch, Goodyear or Michelin, AERO is still a familiar brand to most responsible drivers. That’s the case because they create a lot of cheap yet effective and strong wiper blades, and you can often buy them at a nearby convenience store.
Avenger is one of the less popular wiper blades made by them. Still, it’s a common blade, even if their other creations are much more prominent and sold at bigger quantities. Regardless, it’s a good bargain and, as the name suggest, they tried to make as many parts of this blade effective as possible. 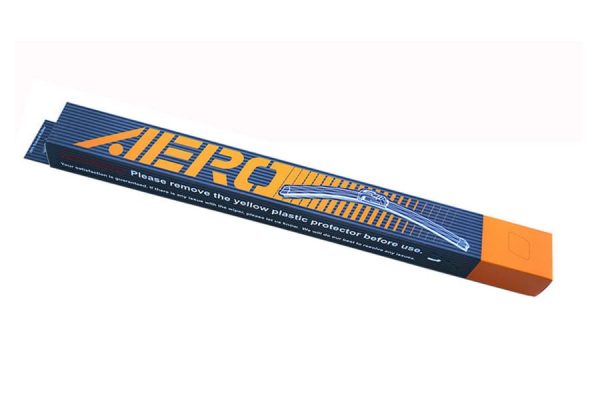 AERO is a dedicated wiper blade brand operating out of American West Coast. As a consequence, a lot of their stuff is sold mostly in America or in Europe – the explored and most promising markets. Their blades are a common sight in convenience stores, like Costco or Walmart.
This built their products a reputation of affordable goods, fit mostly just as replacement parts. But it’s not really the case, even if AERO blades are usually almost half the cost of what big-time brands like Bosch manufacture. That’s an upside of dealing with relatively smaller and more specific brands. 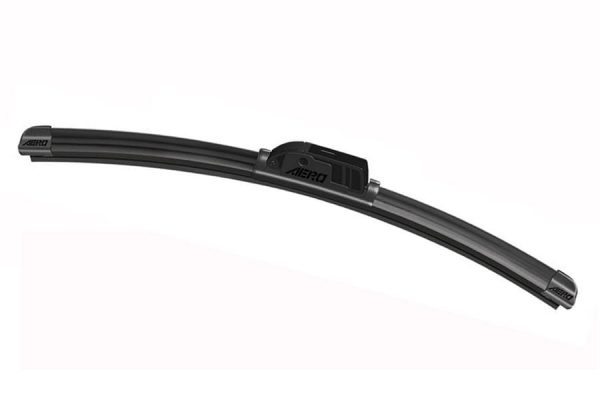 Avenger is a beam wiper blade. That means that the rubber strip that scrapes the surface of a windshield is hollow inside. There isn’t a whole lot of volume – just enough to fit a spring that would tension the entire beam into a required position, thus pressing in against the surface.
In this case, there are two springs, pressured into a curved form to better grip the windscreen surface.
It’s not the only part that ensures the better contact between the blade and the glass. They also modeled the plastic shell on top of the beam into a more efficient position in aerodynamic terms. Basically, it works somewhat like a sail – it catches the wind and uses it to push the beam further into the glass, while not really hindering its progress.
That, and the homogeneity of the pressure applied to the beam (it’s basically applied evenly throughout the length), makes beam blades superior to other types in many ways. But the company didn’t just stop there. They worked more to ensure the blade is comfortable and impactful. 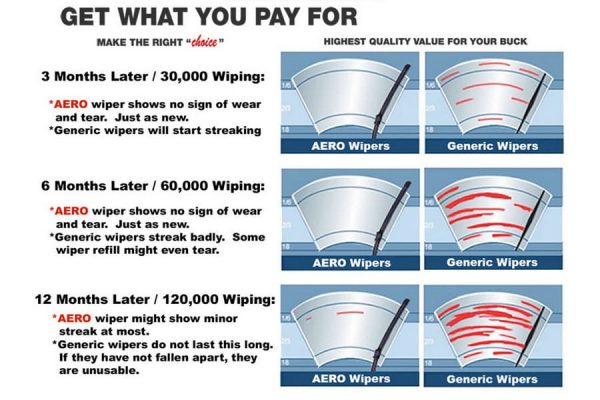 First of all, they cut the blade into an effective shape so that it adapts to the curvature, doesn’t produce too much noise and ultimately doesn’t leave traces behind. The form itself resembles the shark tooth, which they cut into a balanced design.
The compound used is good enough, but they covered it in Teflon. That ought to improve the water accumulation. Teflon doesn’t soak up – it’s hydrophobic and heat resistant. Basically, it shifts the moisture away without leaving anything on itself.
Although the heat is not a problem, although Teflon is not a very strong material – you should hope they put a lot of it in there, because even though overworking won’t damage them directly, the Teflon will thin out eventually.
It’s likely that they used a more reliable and durable Teflon compound, because they claim the blade to work for more than a million swipe cycles. It’s about 1.5 years (give or take, depending on how much they work). There’s also a warranty for 6 months – you can trust AERO to send a replacement, they always do.
The durability promise might very well be true, as a result. That makes sense for them to serve long – Teflon does well in extreme heat (up to +70 C°), which also includes hot weather. Cold doesn’t harm it either, but to a lesser degree (-40 C° is a max). 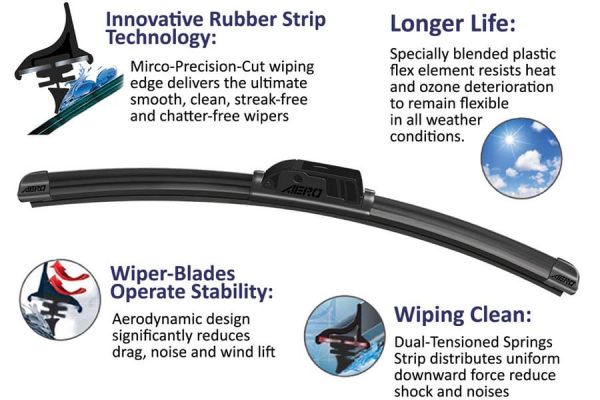 Another upside of AERO Avenger is the versatility of its connectors. Each package has 8 different connector types. As a result, you can mount them on virtually any modern car in the world. The simplicity of installing is another issue entirely, but it shouldn’t be overly complicated. 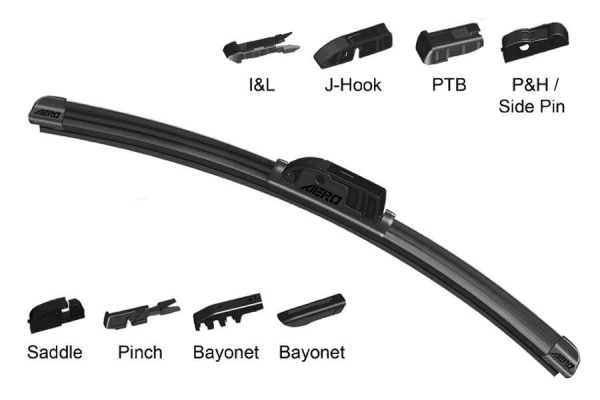 AERO Avenger is not a very costly option. The prices vary, but one of these is usually cheaper than 20 USD – a normal cost for blades this type and category. Well, Avengers are cheaper, while it’s not clear whether they are really worse in quality or not than the standard costly blade.
The only questionable part is their longevity. AERO promises the blades will work for a fairly lengthy time, but it’s unclear what should ensure this durability. Still, the company usually doesn’t disappoint. You won’t lose much by buying them.