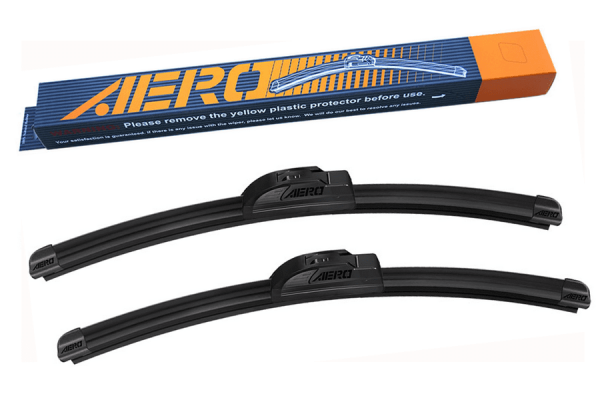 AERO is one of the lesser-known dedicated blade producers. The difference between a dedicated and not dedicated brand is that the former doesn’t do much else besides just wiper blades. Obviously, it makes a lot of them (except the most reputable) largely unknown to the world. AERO is one of such brands.
Even so, it doesn’t make them inefficient or a poor blade maker. In fact, they are pretty good for their price category. That said, they make a lot of replacement and temporary parts, even though they are put together very well. It’s an affordable brand, and that, unfortunately, drives lots of people away from them.
AERO Voyager isn’t really one of such blades, but it’s treated as such – perhaps, unfairly.

Frankly speaking, AERO isn’t just unknown because of the kind of industry they are located at. It’s also because they are pretty obscure. Their Internet presence doesn’t provide too many clues or details about their story, motives or anything really. It is unknown where they come from (likely Japan) or where they sell.
Fortunately, they are still pretty much active. They customer service is operating at a normal mode, and if you need replacement parts, they’ll sell you a few. Moreover, they are doing pretty well in quality department. It’s evident from all the well-made products they sold to the happy customers.
The brand also isn’t known for defects or production mistakes. At any rate, if you buy a blade they didn’t make properly, you’ll receive a replacement soon enough. Just contact them. 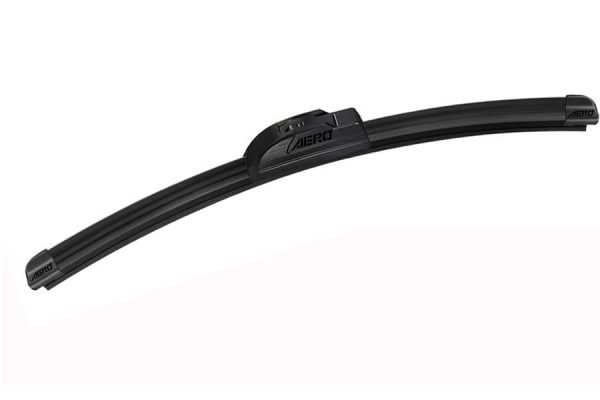 AERO Voyager is a beam blade. It means that, instead of the bracket, the rubber is getting tensioned into the right position by some inner mechanisms – most often, springs or other metal components inside the rubber. Because of it, the tension is applied to the rubber over the entire length of the beam, thus improving the grip.
As a consequence, the blade does its job more consistently and doesn’t leave too many streaks. But it’s not the only reason this blade is effective.
Both other main reasons are associated with the spin. This blade doesn’t have a carcass as it is, but it is hold together by at thin strip of aerodynamic plastic. Because of its aerodynamic properties, the wind doesn’t hinder its work as much. What’s more, it often presses the blade against the windscreen even tighter, slightly improving the work.
This same plastic component is almost as flexible as the rubber blade itself. It means that not only does it improve aerodynamic properties, but it also adapts to the curvature of the windscreen much better, thus negating the biggest negative effect these spoiler bodies have on beam blades. 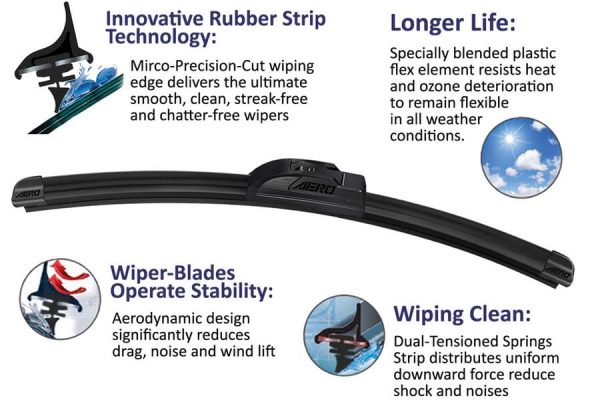 As a result, you get a very secure grip on the windscreen that enhances the effectiveness very much. But what about the rubber itself?
It’s made from the natural rubber molded into an optimal shape that guarantees durability, smoothness and good results. What’s more, the rubber is coated in additional layer of durable Teflon that gives the blades even more impact and lifespan. 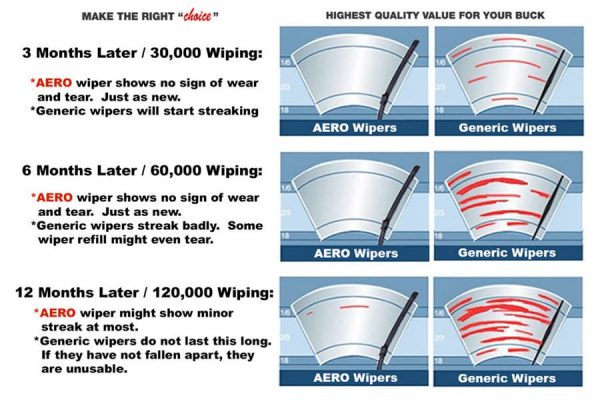 Consequentially, these blades are also pretty durable. AERO gives a warranty for 6 months. If they expire until then, you get a free replacement. But it’s unlikely they’ll die that fast – AERO estimates the rubber will hold for at least 1,000,000 wipe cycles (or, very roughly) 2.5 years of constant service.
An interesting fact: the rubber is refillable and you get 2 more refills for each Voyager you bought. It means that you’ll get about 5 more years of service unless you damage the plastic body. Obviously, it’s the best case scenario. These are still designed to be affordable. A blade can be damaged in more ways than just rubber deterioration.
It is heavily protected from elements, too. They modeled it to work in even extreme weather conditions (-40 to +70 centigrade) and all-year round operation. The beam design itself also prevents snow and ice to clog the beam and hinder its movement. 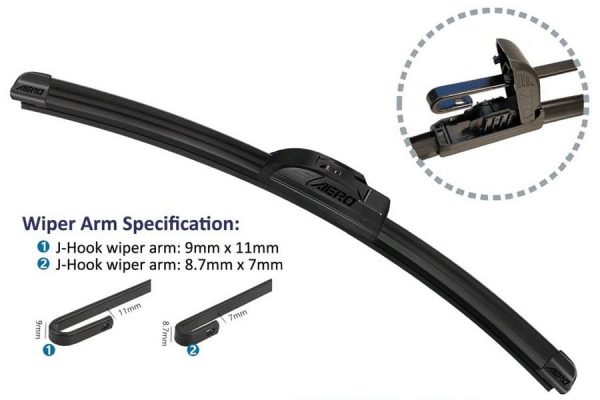 These blades are presented as replacement solutions, but they really aren’t. Even if they might break if you aren’t gently enough with them, they are much better than some ‘high-class’ options sold at a steeper price. And these are sold on average for 20 USD a pair. It’s unbelievably generous for such a good offer.
There are reasons to not trust these blades completely. The materials obviously could be better, and they probably don’t really last a million wipes if you use them all the time. The effectiveness is also probably not spotless after some time.
However, what you can trust is AERO brand because they seem to care about their customers. At least enough to send replacements and answer questions, which are really all one needs, most of the time.