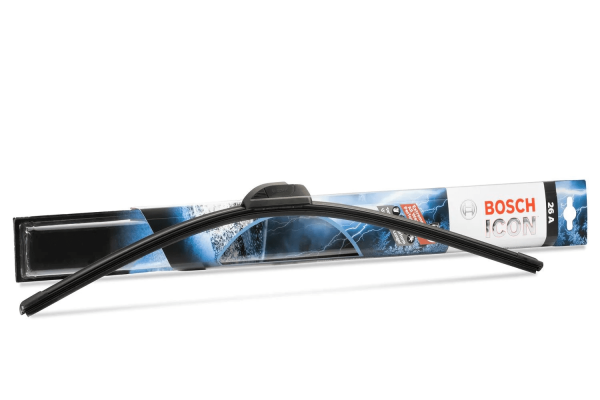 Bosch ICON is one of the primary all-season blade families out there. They are produced by Bosch in large quantities and varieties. Despite the stigma (a mostly truthful one) against mass producers that don’t specialize on wiper blades or car equipment directly and instead manufacture tons of different products and blades among them, ICON is great.
They are promoted as a high-endurance and high-performance family of wiper blades, and 26a is one of the more popular and, arguably, optimal of them. Considering that Bosch products are largely regarded as made alright but with flaws, that’s saying something.
But let’s see what these wipers have to offer, exactly. 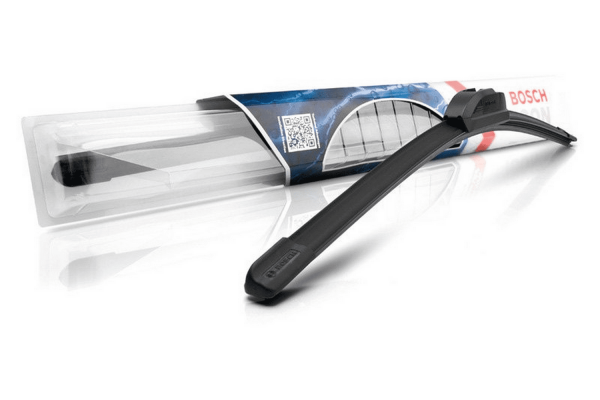 But let’s say a few words about Bosch, first. It’s a popular brand of various home appliances and other equipment. They produce a surprising amount of car parts, including wiper blades. In fact, wiper blades are one of their more prominent (if still minor) production branches.
Bosch itself is a rather old German brand, and they have a big reputation at stake. That doesn’t stop them from either admitting defects or making uncomfortable design choices. Many of their offers aren’t even cheap, so it’s not an argument in this case.
ICON 26a (and ICON in general), however, are usually put together very nicely. The design itself is efficient and comfortable. They are well balanced in terms of end quality and price, either – so it’s a good offer. 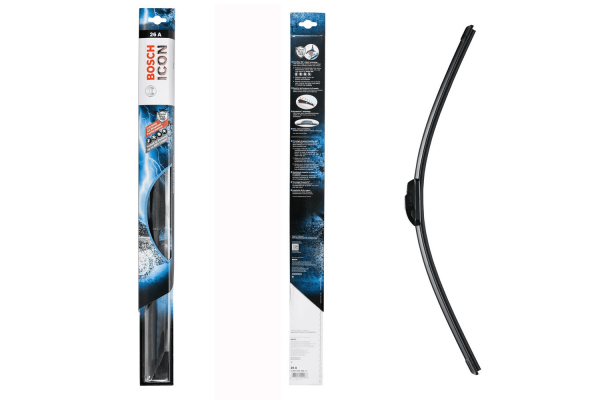 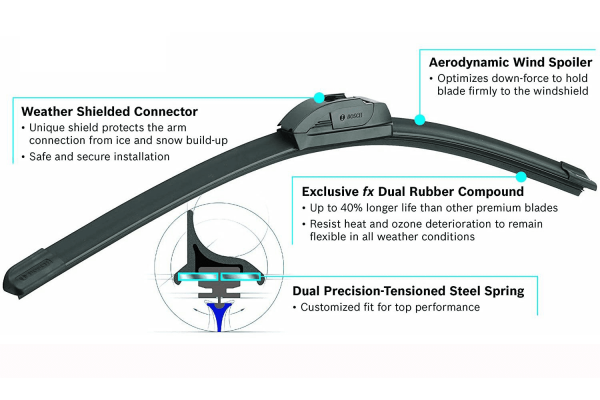 These wiper blades are all-season. It means that, in addition to rain and dust, they are able to remove snow and ice from your windscreen. It obviously means they have to be constructed firmly and possess additional layers of protection.
They are beam blades, which means no carcass and thus lack of the usual protection. Bosch compensated this predicament by introducing superior rubber as a primary blade material. It’s supposed to be sturdy and strong against heat, which further reduces the damage it sustains after constant work.
That’s also one of the primary shticks of these blades – their longevity. They are supposed to last for at least 2 years under normal circumstances. According to the many positive reviews, they do. The design overall – not just the rubber design – promotes this spirit of lasting efficiency.
The beam is designed to deteriorate at a much slower pace. Both the shape and the materials used improve this factor dramatically.
But was also helps is the flexibility. As you might know, the uniformity of carcass-less blades is ensured by the inner components. Because of it, the beam blades are often very effective and thorough. In this case, there is one string modeled into an arch and tensioned just right to keep shape but be able to adapt to curves along the screen.
What it means is this: the rubber will stick tightly enough to the windshield regardless of the curvature beneath it. As a result, you get consistency and effectiveness. Par it with the utmost longevity, and you have a very good deal.
To boost it even further, the connector (one of the most vulnerable parts on a beam blade) is protected by a resistant box. It’s there to ensure the central area of a blade can always adjust to the surface regardless of the cold. It basically ensures the delicate parts don’t accumulate ice. 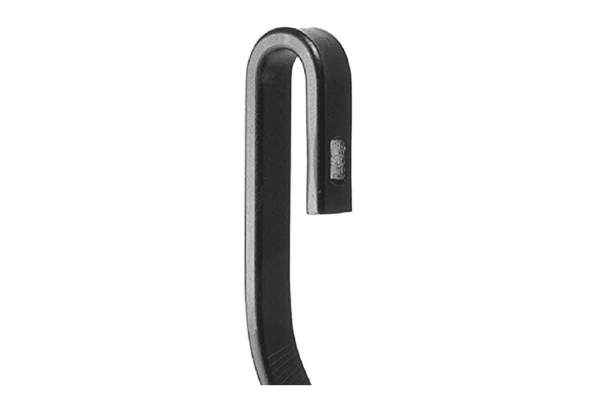 Now, there are many types of ICON wiper blades. The number means the size category, while the letters have multiple meanings. The 26a combination is an adequately sizeable option with not many additional features that other combinations have.
26a is popular because it’s efficient, quality-made and cheap. It doesn’t have additional accessories, like various connector types, but it has all the necessary features and even more.
For the usual price of about 20-25 USD a blade, it’s a fairly good offer. You’ll cough up about 40-50 USD for a pair of them and get years of enjoyable riding with these on. You can buy even fancier ICONs, but these are a bargain, and a notoriously favorable one at that. Others are good, but they might not be that good an investment. 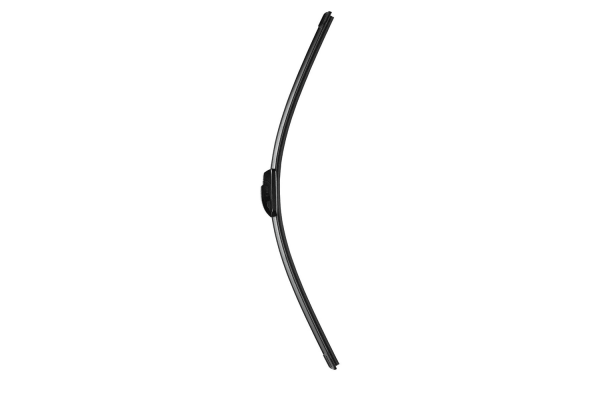 ICON 26a is actually notorious for having only one connector option – a hook arm type. Many other ICONs have a variety of changeable types, while 26a can’t be used with all cars. That’s their only major flaw.
To be fair, a hook arm is the easiest way to install them. All you need to do is open the shield box over the connector, slide the resulting opening over the top of the hook, stick the blade onto the hook and close the box. As you can see, the box serves as a very good insurance as well as protection.